Canada Post is warning customers of "prolonged delivery delays for the foreseeable future" because of rotating strikes by its largest union and it says the worst delays are expected to be in southern and southwestern Ontario.

In a statement issued Monday, the carrier said there will be major processing and delivery delays for all letters and packages destined for Toronto.

"As early as the end of the week, Canada Post may be unable to honour pickups and induct items in the GTA due to lack of trailers and space," the corporation explained.

Canada Post also said there will be major processing delays for all letters and packages coming from the Greater Toronto Area, along with the Hamilton, Kitchener, London, Barrie and Sudbury areas.

Mail delivery delays are expected to be prolonged through the holiday season and will likely last into early 2019, the carrier said. 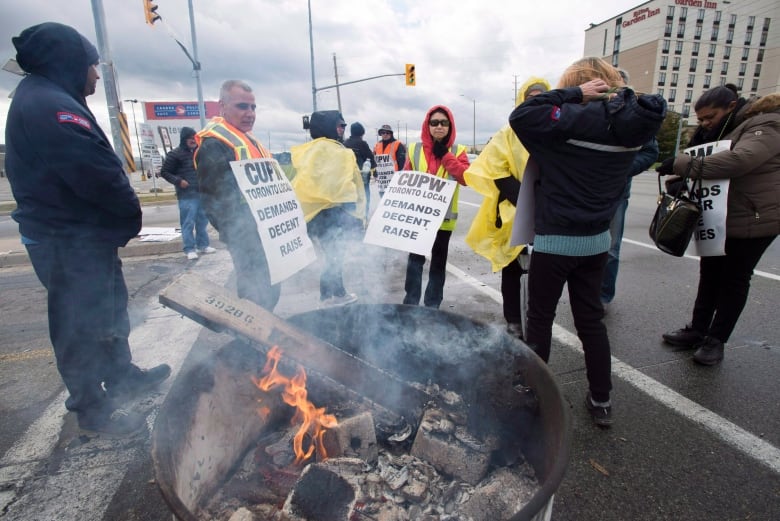 "This is because the country's largest and busiest mail and parcels processing plants, in Toronto, have the highest volumes and have been left idle repeatedly for several days by the union's rotating strikes," Canada Post said.

"As central hubs for the entire country, they see a disproportionately large flow of items."

As for the union, Mike Duquette, president of the Scarborough local of the Canadian Union of Postal Workers (CUPW), said on Tuesday that workers will stage rotating strikes at three locations in Scarborough on Tuesday. About 332 employees are union members at these locations, he said.

About 132,000 address of all kinds in Richmond Hill, Thornhill and parts of Unionville will receive no mail on Tuesday, he added.


Canada Post says the rotating strikes have created 'massive backlogs' of letters and parcels. It used to call upon 'extra resources' to allow it to deliver large volumes of mail at peak times, but says those resources are 'constrained' because of the labour dispute. Duquette said the rotating strikes on Tuesday mark the sixth day in a row that there has been a strike by members of the Scarborough local.

He said rotating strikes will continue until health and safety and forced overtime issues are resolved.

Across the country, Canada Post said the rotating strikes have created "massive backlogs" of letters and parcels, days before more parcels from Black Friday and Cyber Monday online sales.

It said it used to call upon "extra resources" to allow it to deliver large volumes of mail at peak times, but says those resources are 'constrained' because of the labour disruptions. CUPW members are no longer working overtime or weekends and temporary workers are discouraged from putting in extra hours, it says.

Veronique Simard, spokesperson for federal Labour Minister Patty Hajdu, said in an email on Tuesday that the federal government is continuing to urge both sides to work toward an agreement.

"The holiday season is here and Canadians and businesses are relying on Canada Post even more. Both parties have been involved in discussions for nearly a year and we continue to urge them to reach a deal in order reduce the impacts on Canadians, businesses, Canada Post and their workers," she said.

"We will continue to consider all options to find a solution."

On Monday, CUPW has rejected the mail carrier's proposal of a "cooling off" period followed by mediation that would have brought an end to all strike activity until January.

Earlier on Monday, the carrier proposed the two sides agree to mediation to settle their month-long strike before it cripples the key holiday shopping season. The company set a deadline of 5 p.m. ET on Monday for its offer, which came with a $1,000 bonus to each employee if there was no more strike activity up until the end of January.

If mediation didn't work, Canada Post was asking its union to agree to binding arbitration as of Feb. 1, 2019. But the union rejected the idea in the afternoon, saying it prefers to settle the dispute through collective bargaining.

The two sides have been at odds since the middle of October over pay and job safety issues. So far, the union's main weapon has been short, targeted strikes shutting down delivery service in specific locations at a time.